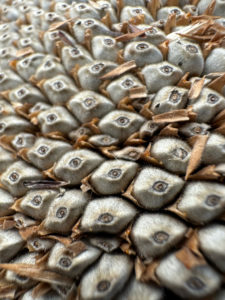 One Codex Committee is considering adopting a very modest guidance document on labeling of genetically engineered food.  The U.S., almost alone among nations, has been opposing any Codex guidance at all, claiming that genetically engineered foods are not different from conventional foods. We hope at the upcoming meeting in Quebec (May 9-13) that the U.S. will allow the very modest document to move ahead but FDA needs to hear that U.S. citizens want action. So far FDA has mostly heard from the biotech industry, an industry that adamantly opposes labeling.

What is Codex?
The Codex Alimentarius Commission is the UN food standards agency.  Codex develops standards for everything from pesticide residues to how much fish must be in fish sticks.  Codex standards are voluntary, but are frequently adopted by national governments because under World Trade Organization (WTO) rules, Codex standards are immune from WTO trade challenges.

Send your comments to FDA through next Thursday, May 5 to this address: ccfl@fda.hhs.gov

In response to consumer concerns, many foods are labeled in the United States as not containing genetically engineered ingredients. In addition, FDA itself, in relation to its decision on the genetically engineered Aquabounty salmon, is considering whether the salmon should carry a label. FDA held a hearing on labeling this salmon in September 2010.

It therefore makes no sense for the United States to oppose issuance of minimal Codex guidance on this topic. A document is currently pending at the Codex Committee on Food Labeling (CCFL) which represents the bare minimum of guidance that is needed. We urge the FDA to support forwarding of this document in its current form to the Codex Alimentarius Commission.

Sincerely,
[YOUR NAME AND ORGANIZATION/BUSINESS]