Early April brought the promise of warmer weather and the first ever Purple Sprouting Broccoli (PSB) Seed-to-Table event in Seattle. PSB is an overwintering crop in the Pacific Northwest, and one of the first fresh vegetables ready for harvest in early spring. The April seed-to-table event, which lasted a full week, was part of a larger regional organic plant breeding collaboration focused on delivering new PSB varieties to growers. This up-and-coming local favorite was showcased at 17 restaurants around Seattle and it did not disappoint.

Chef Kevin Davis tossed PSB florets on his pizza Bianca along with fennel sausage, roasted onions, and garlicky mozzarella cheese. The team at Chef Ethan Stowell’s How to Cook a Wolf served tender PSB with bagna càuda, a rich combination of olive oil, anchovies, garlic, and a few bright herbs. A traditional Béarnaise sauce scented with tarragon showcased PSB at its delicate best over at Chef Renee Erickson’s Bar Melusine.

For eaters, PSB delivers a sweet and tender local produce option in early spring. For farmers it provides an early income stream between the last of their winter storage crops and the delicate swirls of garlic scapes and other spring produce that’s ramping up in the field. The collaboration between farmers and plant breeders is making it possible to find more local produce between seasons. Participatory plant breeding is the formal term for the work that researchers and farmers are doing to prepare improved PSB varieties for the field and marketplace in this otherwise “off” time of year for local produce.

If you haven’t tasted PSB yet, you are not alone. This crop has only recently begun to trend here in the U.S. despite that it’s been grown in Europe since Roman times. That’s why OSA is partnering with Organically Grown Company (OGC) and PCC Markets to promote PSB throughout the region. The promotion launched with a two page spread in the March/April issue of Edible Seattle, prominently announcing the coming of PSB to Pacific Northwest grocery shelves and restaurants.

Try your own hand at preparing PSB at home! Give Chef John Sundstrom’s recipe for poached eggs and greens a try – it’s perfect for a weekend brunch or a light spring dinner and will have you cooking PSB like the professionals at Lark. Or venture out to try PSB at restaurants while it is still in season and making the scene. Supporting our local farmers and food economy never tasted so good!

The Purple Sprouting Broccoli Seattle Seed-to-Table project has been made possible in part thanks to funding from the Washington State Department of Agriculture’s Specialty Crop Block Grant Program. 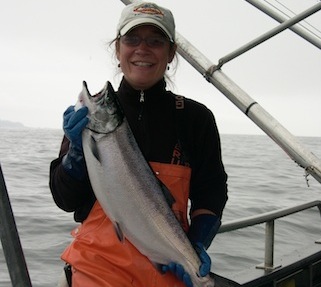 Amy Grondin is a board member of Organic Seed Alliance who works as a commercial fisherman and sustainable seafood consultant.